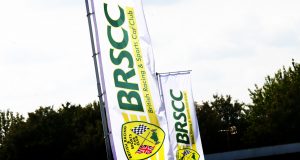 The British Racing & Sports Car Club was formed in 1946 and has been one of the most influential clubs & main driving forces in domestic motor racing ever since.

Today, with over 35 race meetings and 25 championships under the BRSCC umbrella annually, the Club continues to play a leading role in the British motor racing scene, organizing both club race meetings and FIA sanctioned international events.

The Club Head Office is in Kings Hill, West Malling, Kent, just a short drive from Brands Hatch. With support from our six regional Centres, the Club runs race meetings at circuits across the UK and is well equipped to serve members wherever they live in the country.

The BRSCC covers an extensive spectrum of motorsport activities, and this is reflected in our varied schedule of race meetings, which take place most weekends between March and November. Our portfolio of championships really does cater for all tastes, budgets and age brackets. We have something for everyone – whether you’re starting out as an ambitious teenager, or just looking for somewhere to race at weekends or having achieved in one formula you are aiming to broaden your experience in a different marque.

Over the years, the BRSCC has played a leading role in introducing to the British motorsport scene such activities as endurance racing, the Birmingham International Superprix, night racing, race events abroad and the prestigious Formula Ford Festival at Brands Hatch, which has proved to be a successful breeding ground for future F1 stars and still thrills spectators to this day.

Our diverse range of motorsport interests is a testimony to the fact that the BRSCC is committed to offering the motorsport competitor and fan the widest choice possible of championships.

While the Club is very much forward-thinking, we are proud of our history so are honoured to number amongst our Vice Presidents such racing legends as Sir Stirling Moss OBE, Derek Bell MBE and Nigel Mansell CBE who all raced extensively with the BRSCC.