BRITISH GT VENTURES ACROSS THE CHANNEL FOR ANOTHER SPA-FRANCORCHAMPS SOJOURN

Written by Tom Hornsby  | The Intelligent Money British GT Championship heads to mainland Europe this weekend and, specifically, the fearsome Spa-Francorchamps for Round 7 of the 2022 campaign.

But if it’s multi-class GT action you’re after then look no further than British GT where 17 GT3 cars and another 14 GT4s are set to tackle arguably the world’s greatest circuit, albeit one that has undergone several major changes over the last 12 months.

The first of this year’s two-hour races also features a slightly different pitstop format to the one and three-hour predecessors. In GT4 starting drivers must complete a minimum of 58 minutes, while in GT3 it’s 62 minutes. Starting driver time is capped at 70 minutes in both classes and GT4’s Silver pitstop handicap increases to 26 seconds.

It’s unusual for one driver to be so far ahead at this stage of the season, and especially so when they haven’t scored victory in a points-and-a-half paying race. However, with three rounds remaining Ian Loggie has emerged as the clear favourite to finally clinch the GT3 title after two near misses in as many seasons.

His 32.5-point advantage over Michael Igoe and Phil Keen is testament to RAM Racing’s consistency and speed thus far, as well as the good work of co-drivers Jules Gounon and Callum Macleod who have each accompanied Loggie to sprint race wins this year. The Frenchman returns this weekend for the first time since his outstanding performance at Oulton, while the #6 Mercedes-AMG’s chances are enhanced further by not serving a Success Penalty.

Scoring maximum points, or indeed finishing anywhere on the podium, would pile more pressure on the pack of four other title contenders who are currently covered by 4.5 points.

WPI’s Igoe and Keen finally clinched their first podium of the season at Snetterton but also allowed Loggie to pull further clear by failing to score in Race 2. Sure, they don’t have a Success Penalty to serve at Spa, but they must also make the most of their chance to claw back some of the gains made by RAM over the last two events.

One point further behind is arguably the surprise package of 2022: Alex Malykhin and James Dorlin. The Silver-Am championship leaders have been there or thereabouts ever since Silverstone thanks to their knack for scoring points and steering clear of trouble. But they’re also quick, as evidenced by their first overall podium last time out at Snetterton, which earns them a 10-second Success Penalty this weekend. Unusually, Redline Racing has decided to switch manufacturers – from Lamborghini to Porsche – for Spa owing to their crew’s forthcoming 24 Hours appearance with Allied Racing.

Another line-up on the wrong side of the Success Penalty shake-up is Adam Balon and Sandy Mitchell who will remain stationary for an extra 15 seconds after finishing runners-up at Snetterton. They were also fifth at Spa last season – a race won by Barwell team-mates Leo Machitski and Dennis Lind – but will need a well-timed Safety Car or high attrition rate to equal that with their pitstop handicap.

The closely matched quartet is completed by Morgan Tillbrook and Marcus Clutton who were untouchable at Donington and scored another strong points haul last time out. Indeed, Enduro Motorsport’s performances over the past three races have ensured that four crews remain within a victory of runaway leader Loggie.

Hoping to join them are James Cottingham and Lewis Williamson whose luck hasn’t always matched their pace this year. Spa realistically represents 2 Seas Motorsport’s final chance to make it a six-way title scrap.

Elsewhere, Ulysse De Pauw will be gunning for more silverware on home soil after the Belgian and his RAM co-driver John Ferguson clinched their maiden British GT wins in Snetterton’s second race. Both performed exceptionally well – De Pauw claimed pole and fastest lap while Ferguson took the chequered flag despite late pressure from Balon – but will be hobbled by the maximum 20-second Success Penalty this Sunday.

Meanwhile, Balfe Motorsport’s Audi will not appear again this season due to Shaun Balfe’s business commitments.

Instead, GT3’s number is bolstered by a second Greystone GT-entered McLaren featuring championship debutant Iain Campbell and his regular GT Cup co-driver Oli Webb. Full-season team-mates Stewart and Lewis Proctor clinched their maiden British GT3 podium together at Spa 12 months ago, albeit in a Balfe-run 720S. 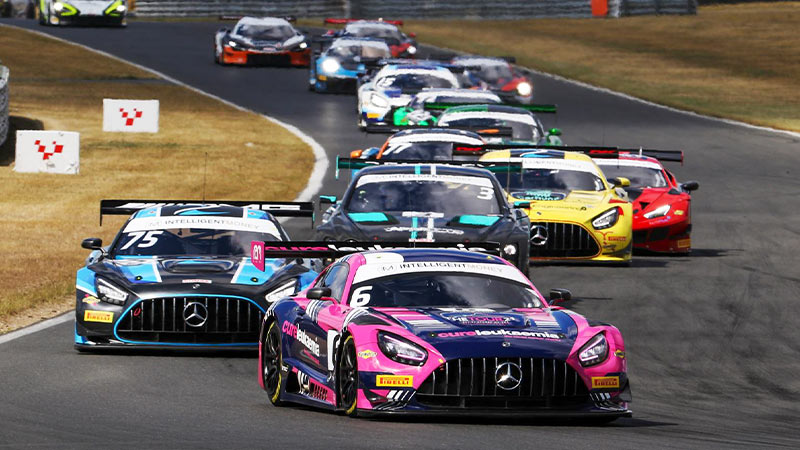 The see-saw battle at the summit of GT4 shows no sign of abating after two crews claimed their first wins of the season at Snetterton. However, it was the consistency of Newbridge that allowed Matt Topham and Darren Turner to finally relieve Steller’s Richard Williams and Sennan Fielding of championship top spot and establish an eight-point lead in the process.

No Pro-Am crew has won the class outright since 2016 but that will change this season if Topham and Turner continue to rack up the results and points. They’re yet to score fewer than nine per race and, not for the first time this year, claimed back-to-back podiums at Snetterton despite serving a Success Penalty in Race 2

By contrast Steller’s season has been a tale of two thirds thus far. Their final three races, starting this weekend, will be crucial to ending the campaign where they started it: atop the drivers’ standings

Williams and Fielding have added just 24 points since collecting 72.5 over the first three races, while their two wins both came in the lower-paying one-hour sprints. Fortunately for them the stars have aligned to a degree at Spa where the Silver class’ 26-second pitstop handicap is partially negated by Newbridge’s 10-second Success Penalty

What’s more, the two other entries ahead in the standings must both serve lengthy Success Penalties on Sunday. Reigning champion Will Burns and 2021 Spa winner Jack Brown are now just 4.5 points behind Williams/Fielding after Century clinched its first win of the campaign in Snetterton’s second race, while Academy’s Marco Signoretti and Matt Cowley are the same number behind in fourth after they also finished on the podium

Team Parker’s Porsche shared by Jamie Orton and Seb Hopkins has been fast but inconsistent so far, and still awaits its first outright GT4 podium. Meanwhile, the class’ second Cayman – run by Valluga – features a wholesale driver change this weekend in the form of Pro-Am pairing Lucky Khera and Benji Hetherington

Two updates include the addition of Herberth Motorsport’s Porsche driven by Am duo Antares Au and Kevin Tse. The latter has already raced Sky Tempesta’s Mercedes-AMG GT3 this season and was also an overall winner at Oulton last year, while Au’s CV includes recent Asian Le Mans and Creventic GT3 outings with Herberth. Both are taking the opportunity to familiarise themselves with Spa before tackling the 24 Hours 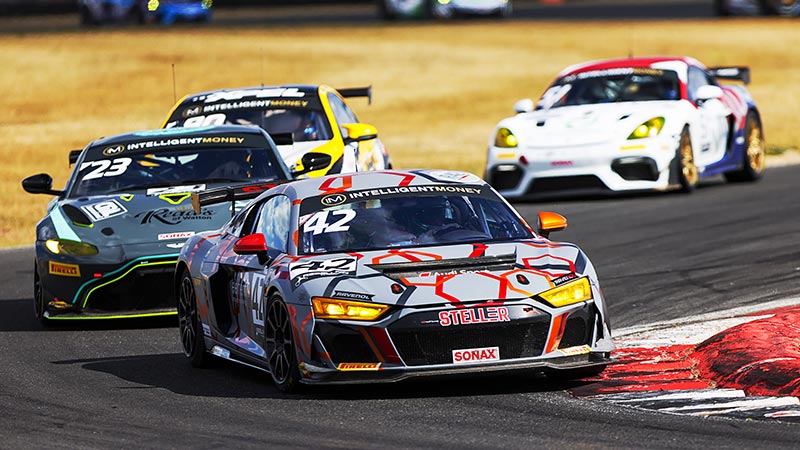