Caterham Motorsport will be set to take a trip to their home circuit in August, as Brands Hatch Indy plays host to another visit from the BRSCC, this also being the club’s local venue too. It won’t just be sportscars on the bill, either as single-seaters, saloons and sports prototypes are also set to be in attendance in Kent.

For Caterham, it’s a full house as all five of their factory-supported championships will be competing, from the fledgeling rookie racers in both groups of the Caterham Academy, through the Roadsport, Seven 270R and Seven 310R ranks and all the way to the top of the tree with the ultra-fast Caterham Seven UK Championship, faster than ever in 2021 thanks to new Avon slick tyres and uprated suspension as the drivers strive to earn the moniker of the second-ever British Caterham champion. Given the Indy’s circuit’s small 1.2 mile layout, this means that not only will finding passing opportunities be critical, but so too will be negotiating traffic while trying to either maintain or take positions. Every one of the races Caterham will put on here this weekend should be tense affairs!

The Avon Tyres National Formula Ford Championship also calls Brands Hatch home as it was the venue for the very first race the category ever held when it was conceived in 1967. It’s also the home of the legendary Formula Ford Festival, which celebrates its incredible 50th anniversary this season too. All of this guarantees that Brands Hatch is just about the perfect place to watch Formula Ford racing given the history and the typical level of action seen whenever the formula turns up. This year’s group of young single-seater stars will certainly enjoy themselves here and it’s virtually assured that they will put on an impressive show all weekend.

Our friends at the Track Attack Race Club certainly personify the saying that variety is the spice of life and they have plenty of that amongst their paddock. A number of different series catering to a wide range of cars will be on display, with the Nippon Challenge, Tricolore Trophy, Deutsche Marques Cup, 206 GTi Production Cup, TT Challenge and Classic VW Cup all featuring, meaning the eclectic mix of French, German, Japanese and Asian cars should make for a wonderful sight as they battle amongst each other on track.

And if that wasn’t enough, we’re also going to treat you with some high-speed sports prototype action too! The new ZEO Proto Series is an all-comers style series for any and all open and closed top sports racing cars, ranging from Radicals and Global GT Lights all the way up to purpose-built LMP3 cars. Whatever the machine that fits the bill, it’s certain to find someone else to race within the wide range of classes catering to a mass of different cars. Similar races in previous years have always been thrilling, so we expect this version to be no different this time!

Also on the mixed class saloon car racing side, the Classic & Modern Motorsport Club’s Southern division is ready to race at their home circuit too, with a combined grid for their Super Saloons and Tin Tops series. The Super Saloons will feature some rather exciting machines including Rod Birley’s evergreen Ford Escort WRC and the awesome Holden Commodore VF ex-V8 Supercar of Alex Sidwell, while in the Tin Tops, there’s sure to be the usual mix of Honda Civics, Renault Clios and Ford Fiestas all ready to duke it out amongst each other. 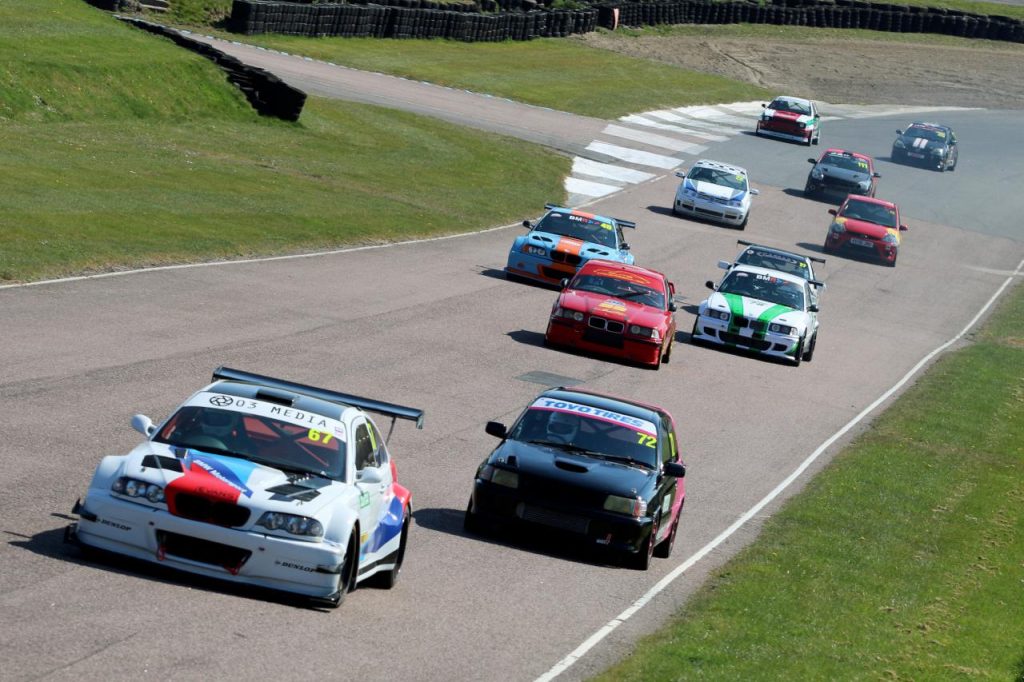