About the NATIONAL FORMULA FORD @ KNOCKHILL

The opening rounds of this year’s National Formula Ford Championship were as fast, frantic and exciting as you’d have expected them to have been at Silverstone on the International layout, and it was there that late entrant Jordan Dempsey put his stall out early doors in a bid to become one of the fancied contenders for this year’s title. His last-minute full-season deal with Kevin Mills Racing seems to have been an inspired decision as now he heads to Knockhill with the Pro Class points lead. With second-placed man Rory Smith only running a part season this year once again, Dempsey’s current main rival is Colin Queen of Ammonite Motorsport, but be sure to also watch out for Team DOLAN’s Ben Cochran and Oldfield Motorsport’s Lucas Romanek to try and build on their excellent opening results. The rest of Ammonite’s four car squad will be present with Andre Lafond, Brin Kinch and Shawn Rashid, as will BM Racing’s full season drivers Jamie Sharp, Davide Meloni and brand new GB4 Championship race winner Megan Gilkes, who will surely be fired up after her success at Snetterton. Also on the grid will be Gabe Tesch, Morgan Quinn, Brandon McCaughan and Tom Nippers, while Dempsey’s KMR teammate for this round will be Andrew Rackstraw, one of three drivers who will be jetting over from South Africa across the season to run with Kevin on the National grid. Rackstraw comes highly rated as the defending Investichem Formula 1600 champion back home, so he will be out to prove his ability against the best that Formula Ford in the UK can offer.

This leg of the 2022 National Formula Ford Championship season will see the drivers competing on the Scottish Motor Racing Club’s one day meeting at Knockhill, where they will also be sharing a grid for their races with some of the homegrown talents in the Scottish Formula Ford Championship. While the Scottish drivers will be invisible for National points due to competing in their own championship, they will surely add an intriguing element to what will certainly be another epic day of Formula Ford racing all round. Let’s hope the weather is kind to the drivers too! 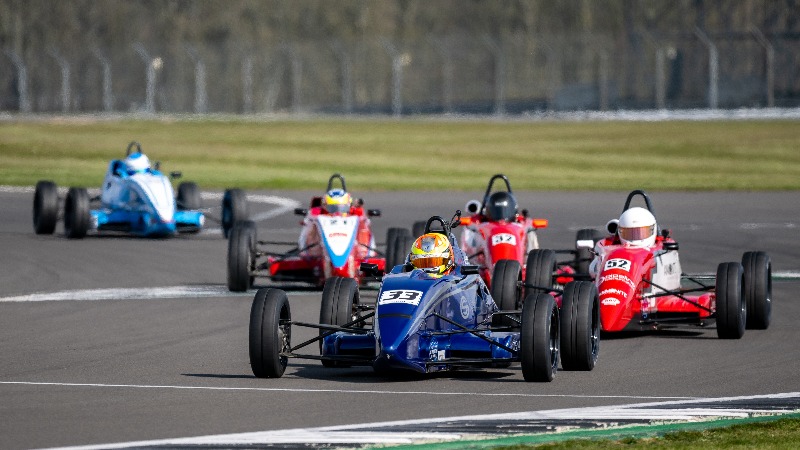