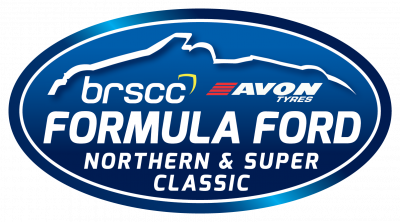 One of the longest standing categories in motorsport, Formula Ford has been the ideal proving ground for nurturing young, up and coming talent for more than 50 years and still continues to produce superstars of future today. Lack of aerodynamic aids means drivers learn how to set up and drive a race car purely on mechanical grip, teaching them valuable lessons that will stay with them for the rest of their racing careers.

The Avon Tyres Northern & Super Classic Formula Ford Championship is one of the best supported and longest standings regional club racing championships in the UK, catering to any and all ages of Kent-engined Formula Ford that wishes to compete on a variety of predominantly Northern & North Western-based circuits around the UK.

The championship is divided up into a five-class structure, starting with cars in the P Class built from 1999 to the present day for the most contemporary and modern chassis, before moving into four dedicated “Super Classic” classes, each catering to chassis built within set time periods. They range from Super Classic A for cars built in the 1990s, through Super Classic B for mainly 1980s built cars, then Super Classic C for cars from the early 80s to early 70s, and then Super Classic D which is a home for the oldest Formula Ford chassis in existence, permitting cars built from 1971 back to the very start of the formula in 1967.

Competition is always high in every single class, with no definitive runaway leader in the points standings at any given stage. Because Formula Ford chassis are all naturally so evenly matched and competitive amongst each other, it falls to the abilities of both the driver to handle the car and feedback on its characteristics, and the team to translate that feedback into an effective setup. Formula Ford has never been a “slicks and wings” single seater category, so it all depends on the mechanical grip from the chassis and suspension as well as the tyres to ensure a fast, stable and effective race car.

If you’re interested in competing in this season’s Avon Tyres Northern & Super Classic Formula Ford Championship, then be sure to get in touch with the championship coordination team at superclassicformulaford@brscc.co.uk for more details or complete the enquiry form located below. We’ll see you on the grid!