About the BRSCC Fiesta Championship

A single-make tin-top championship dedicated to various models of the popular and much loved Ford Fiesta, one of the UK’s best-selling small cars of all time, as well as being a staple of British motorsport for more than 30 years.

The cars eligible to compete are primarily the Mk6 Fiesta ST150 with stringent regulations ensuring a fair balance of performance is maintained throughout the season to keep the racing competitive, close and above all else exciting. New for 2021, the championship will also introduce a class the new-generation Mk7 Fiesta ST180 Turbo to compete to score points for the first time, after the new cars debuted in an Invitation class in 2020 to be developed in a race weekend environment using a variety of test drivers including BTCC stars Paul O’Neill and Josh Cook.

This is a championship with a proven track record of creating some of the biggest and best racing stars from the touring car world, with Ash Sutton, Matt Neal, Gordon Shedden and Colin Turkington all having honed their craft at the wheel of a Fiesta at one stage in their careers.

Some of the best paddock atmosphere you’ll find in club motorsport, with regular social occasions at various points in the season allowing teams, drivers, families and sponsors to get together, make friends and most importantly have fun while still maintaining an air of competition. 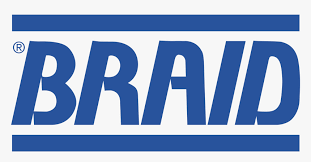 Due to the well-documented circumstances, the BRSCC has been forced to make a number of amendments to its 2021 schedule… Read more »

After consultation with relevant stakeholders, and after listening to numerous concerns raised to us by members, the club have taken… Read more »