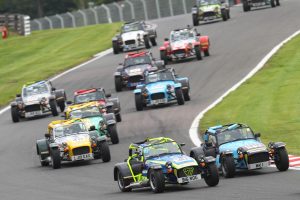 Picking a race championship or series to compete in can seem like a leviathan of a task in itself, however it needn’t be difficult. Every driver will have their own ambitions and preferences on what kind of circuit racing they wish to take part in, be it single-seaters, saloon cars, sports cars, GTs or sports prototypes or even endurance racing. There’s generally something for everyone no matter where you go.

Take the time to look at what every championship consists of, including the cars eligible to compete, the circuits they visit and indeed documents like entry forms and regulations. It’s worth gaining a deep initial understanding of what each championship offers.

Once you’ve made a choice on what you’d like to race in, you should get in touch with the championship co-ordinator who is always the first point of call for any series. Their role is to oversee their respective championship and ensure it runs as smoothly as possible while maintaining a connection and line of communication with the organizing club. They will be the one on the ground talking to teams, drivers, sponsors and suppliers on a regular basis, so it’s worth seeking them out first.

GET ON TRACK WITH THE BRSCC